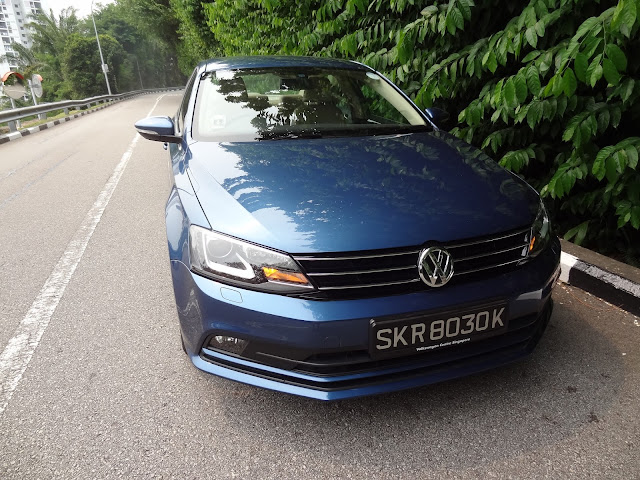 A mid-sized sedan is a car that has to do everything. You want one that is luxuriously appointed, is frugal with fuel, handles well and of course, it must be affordable to buy. With the Jetta, you get all that, and so much more. It is handsomely styled, for starters, but what is even better is how the Jetta also has plenty of premium equipment, has a zippy engine and in spite of that, it is cheap to run.
﻿ 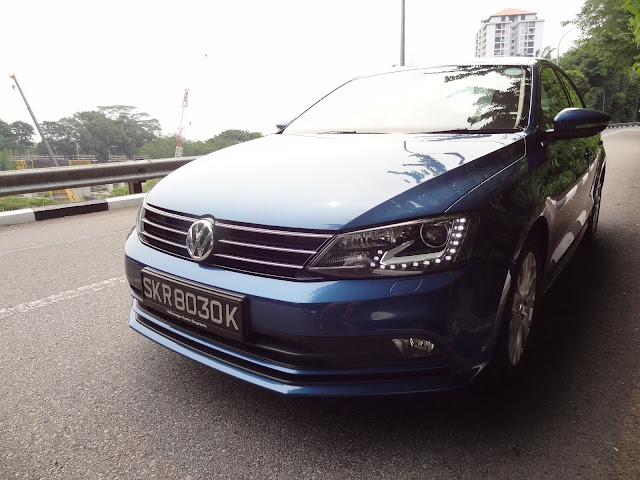 TSI engine technology from Volkswagen makes the powerplants of the Jetta both powerful and fuel efficient, but this pinnacle of sedan perfection also has plenty of little touches that are aimed at increasing frugality. For instance, the Jetta features reworked aerodynamics that make it 10 percent more aerodynamically efficient than its predecessor. 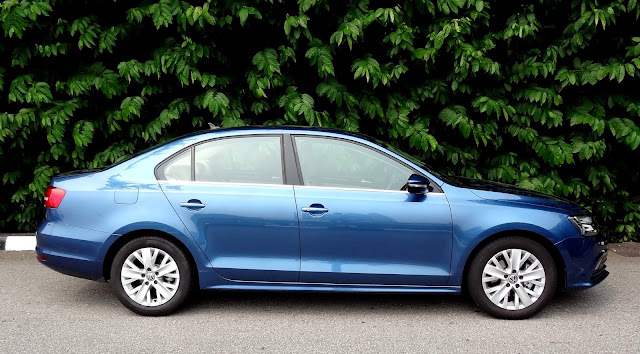 The Jetta may be affordable, but more importantly, it is also extremely practical. It has a wheelbase of 2,651 mm, plus rear seat passengers get a generous 1,046 mm of knee room and 943 mm of head room, so it fits even the tallest occupants with ease. Add to that 510 litres of space in the boot for all sorts of cargo and you get a sedan that’s compact on the outside (it is just 4,659 mm long), but big on the inside.
﻿ 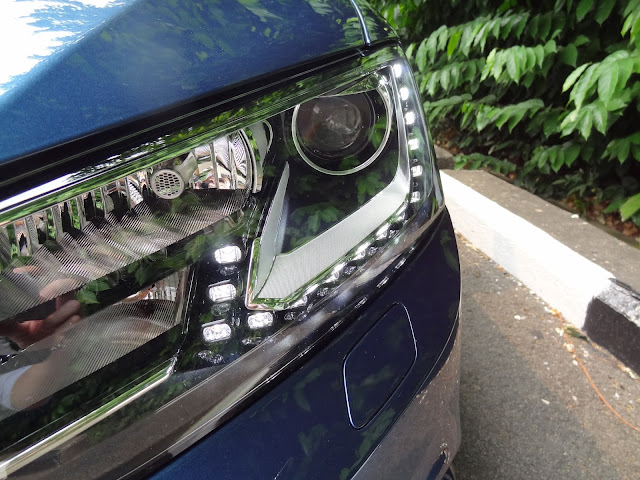 The bi-xenon headlights have an especially distinctive design. The daytime running light is formed by 15 LEDs arranged in an L-shaped string alongside and beneath the xenon module, and they generate an unmistakable light signature, day and night. A chrome element between the LED daytime running lights and the xenon module accentuates the headlights. 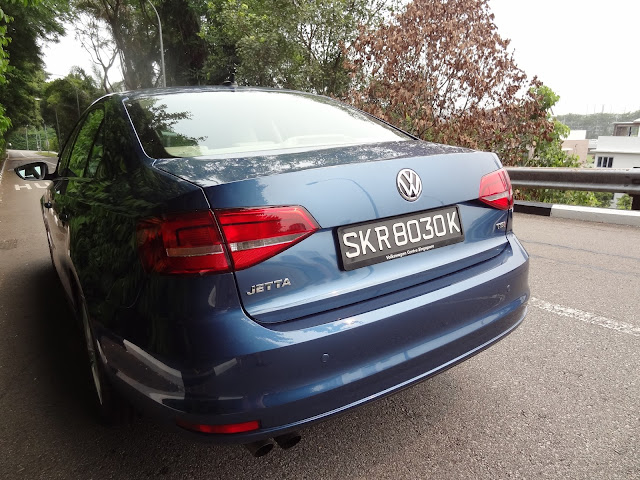 Sporty rear section.
As at the front, designers also redesigned the rear body. Here it is the boot lid, tail lights, logos and the bumper that identify this as a new generation Jetta. Typical of contemporary Volkswagen design DNA is the uncompromising horizontal orientation of the rear lines. The trunk lid has an aerodynamic trailing edge, and on the sides the lines of this integrated spoiler extend into the rear fenders and then into the precise contour of the car's silhouette near the so-called character line.

Beneath this are the new tail lights (LED optional), which feature a bright stripe, as well as the also redesigned VW logo. One level lower, the side lines of the trunk lid (with optimised load width) now run downward, which dominates the design. Beneath this, the new and very precisely designed bumper completes the impressive look of the rear of the Jetta. 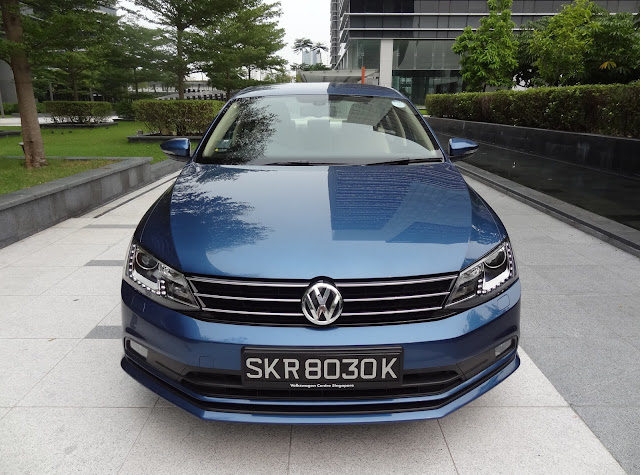 The Highline Jetta has three nice chrome lines across its front.. making it looks extra elegant and class.
The Trendline version would be an all-black front grille which I would say its very sporty of the Jetta version. And I quite like it too!
﻿ 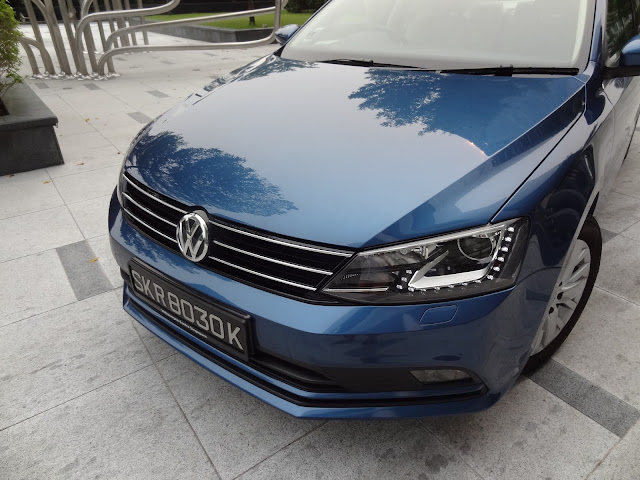 Nice LED lamps are really a head-turner on the road. 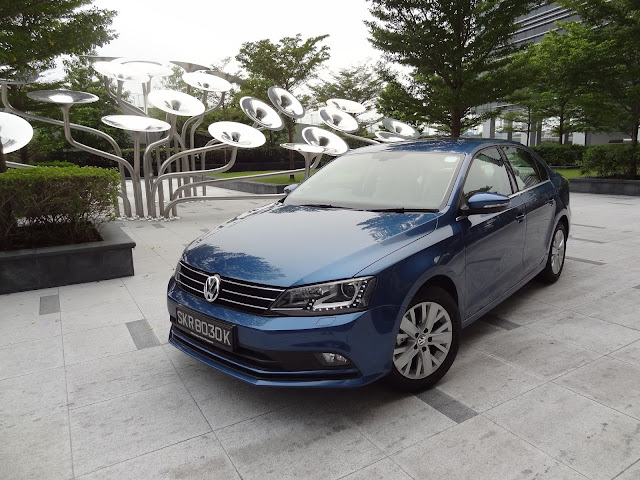 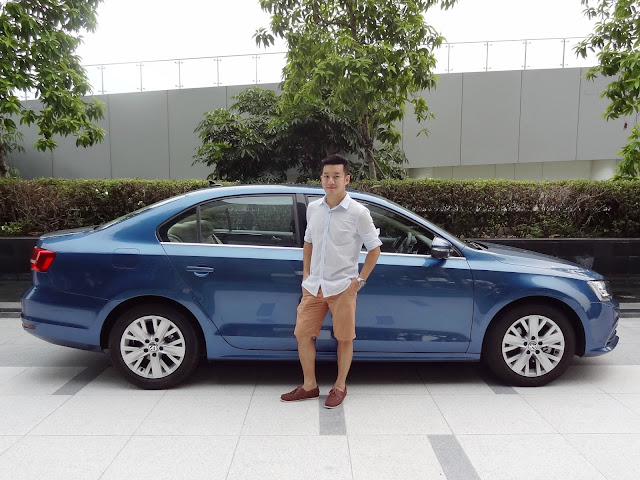 Driving this Jetta Highline provides me a sense of class and elegance.
The size is just right and it has huge boot space.
Rear seats leg space is big too!
Witness it yourself in the next few photos! :)
﻿ 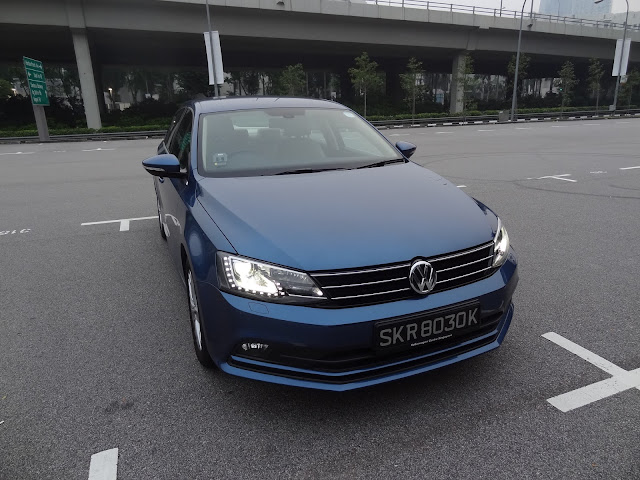 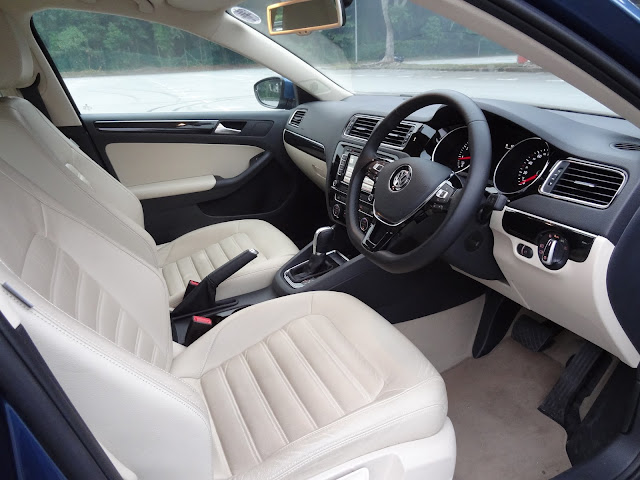 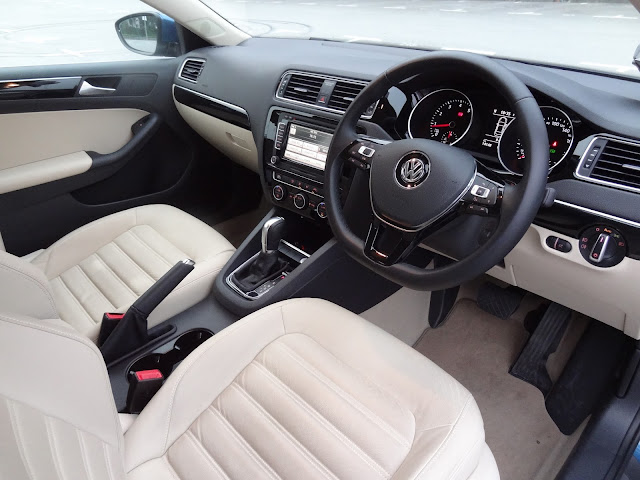 Noticed every detail of the car is just SIMPLE and is what you need for a car?
That is something I like about Volkswagen.
They provide simple designs and lines within and also exterior of the car. 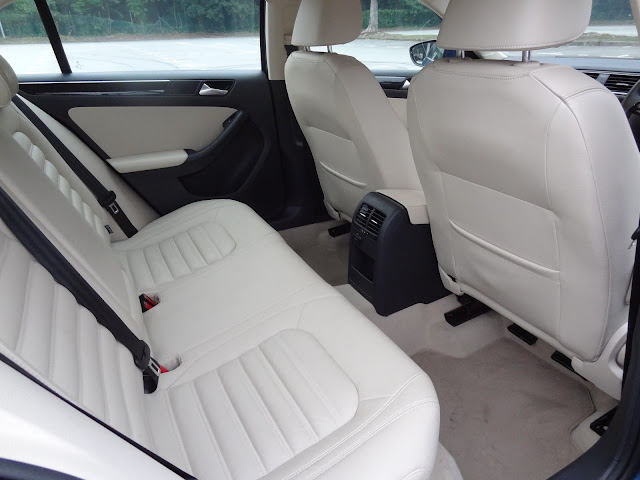 Spacious leg space for the rear passenger.. isn't it?
Notice there's a slot for you to put your things at the side door?
Every possible space is put to good use.
﻿ 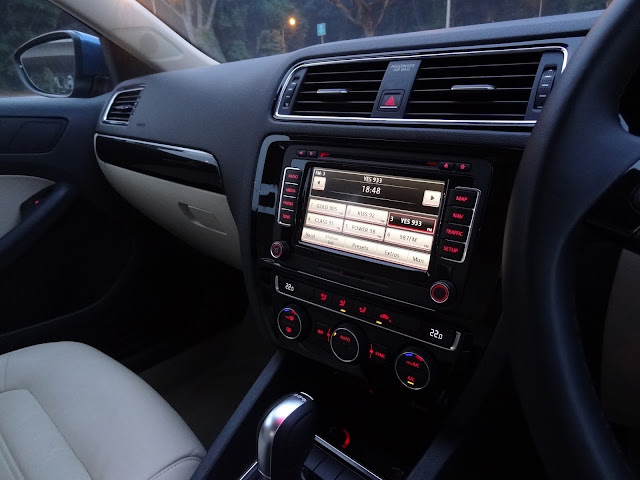 Dual climate control for the front passenger and the driver.
GPS Navigation and Map display can be activated with a push of a button. Functions are pretty straight forward and aren't complicated at all. 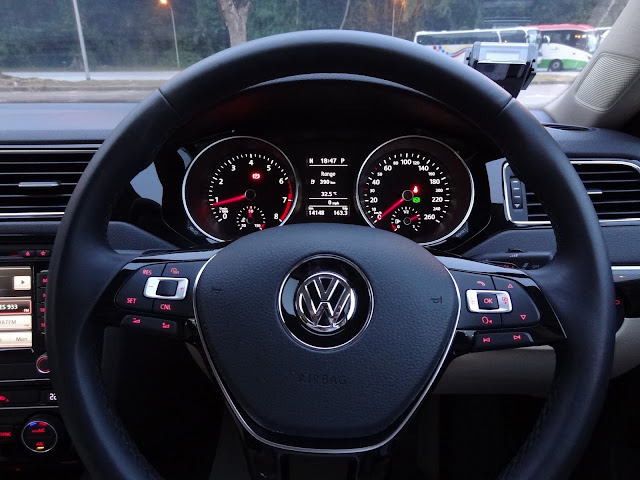 Nice steering wheel with lots of functions.. but once you figured out what each of them are for.. it is easy peasy. The button below the "OK" button is actually a voice command function, once pressed.. you can start speaking.. for example you say "Navigation" >> The Navigation function would be activated on the central display. The button above the "OK" button is a function for you to make a phone call. On the left side it is the driving cruise control function which allows you to set the speed you want the car to travel, add and minus the speed and cancel (CNL) the command. Radio volume control is also on the left side. :)
Behind the steering wheels there are actually two flaps which you can Plus/Minus the gears when you are in the sports mode which is activated by shifting the gear on the central console to Sports. Can't really see the two flaps here though.. but u probably can see a bit on the right side.
I like the two round speedometers with a simple rectangular screen in between.
a simply layout. 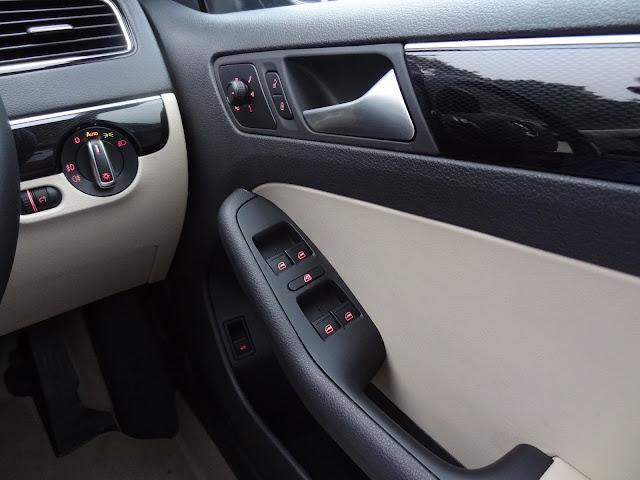 I like the boot opening function on the side door, above the compartment.
It is very convenient, rather than having to reach your hand down under the seats to pull a lever or sth.
﻿ 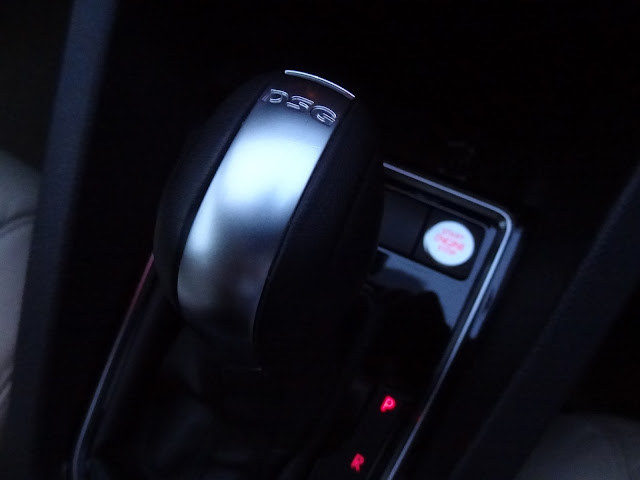 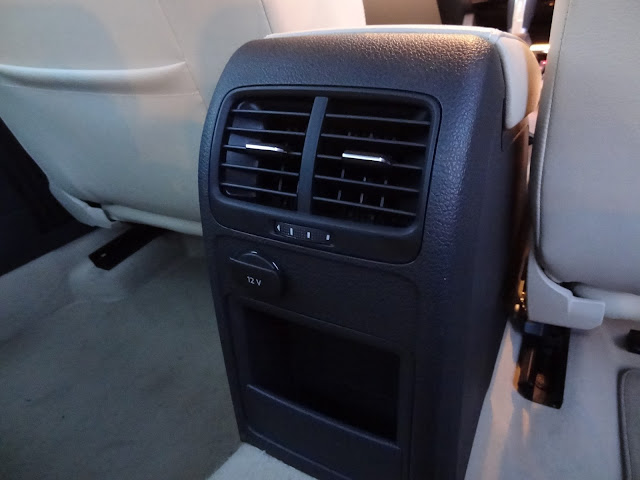 Air-conditioner for the rear passengers as well.
﻿ 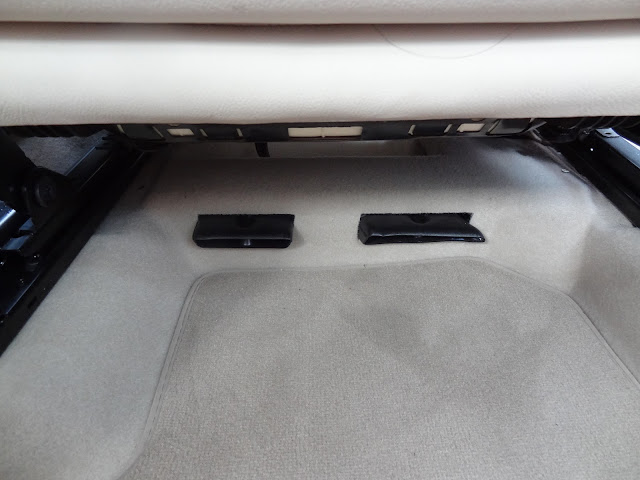 Rear passengers can cool their feet as well.. when the air-conditioning function for the feet is activated. Above are the two air-con vents for the rear passenger. 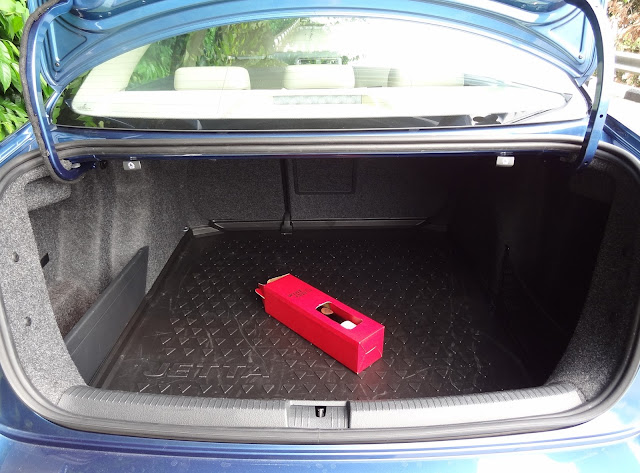 ENORMOUS Boot Space!
.. with a rubber mat to provide extra grip for your items. 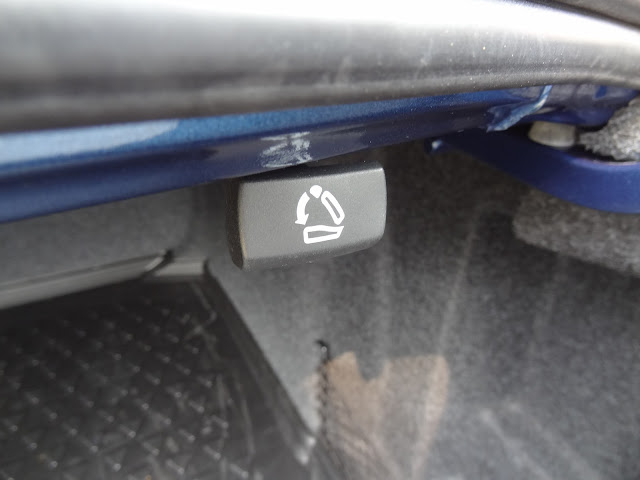 Rear seats can be folded down for further boot space.
﻿ 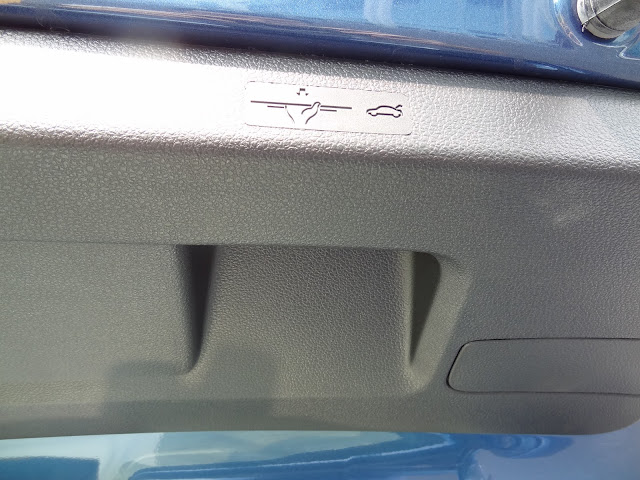 a simple handle beneath the boot to let you pull the boot down.
Simple designs like these are really thoughtful. 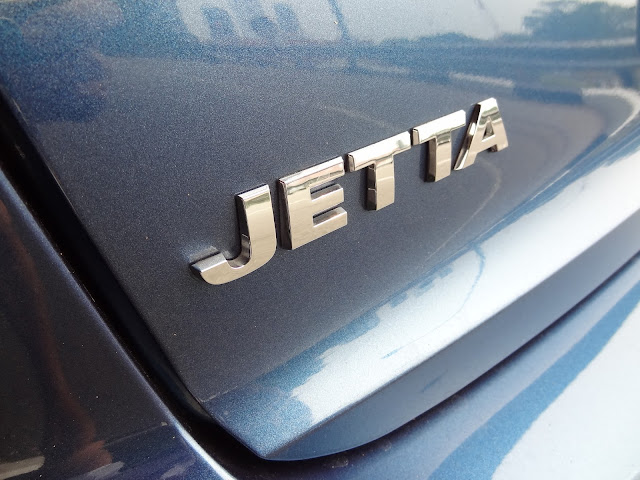 Volkswagen Jetta..
One of the Best Mid-size sedan I've driven so far..
It is also a very good family car as well.
.. with all the user-friendly features.

If you're thinking of getting a comfortable car.. not too big but providing a big space for boot and leg spaces.. this is the car I would recommend. Not forgetting it is pretty powerful as well! :)

For more enquiries,
Visit: www.volkswagen.com.sg
Posted by shaun at 6:46 PM

Good review but I bet the same person write on another blog site below:
http://www.9tro.com/features/new-cars/volkswagen-jetta-jet-setter
https://eatflydrive.wordpress.com/2015/08/12/test-drive-volkswagen-jetta/comment-page-1/#comment-145

The car in those 3 sites are same as it share same car plate number SKR8030K. I bet this car is VW demo car and the write either paid by VW or VW's sales person :P

What we want are opinions from real Jetta owner after over 12 months usage instead of fluffy marketing jargon cheap sales talk. 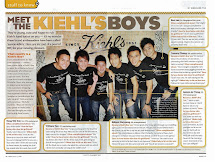